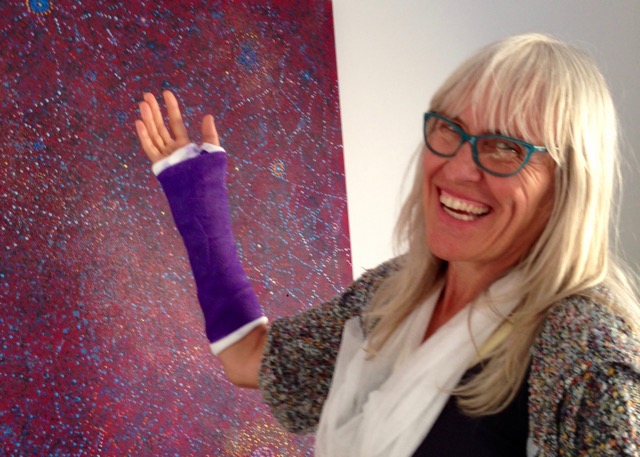 You might have wondered what happened with these emails.

Maybe your email address has dropped off the list? No. Everything still is as it was before… With the exception that Since mid July these emails have been rather erratic and, lately, non-existent.

It has definitely been an eventful year for many of us.

In my case it started with an experiment that turned out to be much harder to realise than envisaged, and ended with a broken arm.

The good news is that I am here to tell the tale. More about that later. 2015 was a rich source for future emails.

So, please hang in there while I get my act together. At the moment writing is almost impossible for me.

But while I am at it, here is a small gift.

With a fresh New Year starting tomorrow, you may be thinking about setting a resolution or a goal.

If, and when you do,  keep it realistic. A good way for this is to keep it as a process rather than as an absolute. One approach might be ‘the MTO strategy’ developed by Raymond Aaron, as follows:

His recommendation is that you set the minimum you know you can achieve based on your past experience. The target is a little stretch on the minimum considering all your other commitments. And the outrageous is a dream you ‘know’ you can’t reach.

For example, you would like to get fitter and live a healthier life – and to that end you decide to go on regular walks.

The minimum could be 20 minutes twice a week.

The target could be 20 minutes five times a week.

The outrageous could be 20 minutes seven times a week, plus another two hours on the weekend.

Let me know how you go with it on the Change Made Real Facebook page.

Swiss-German for ‘have a great New Year’s Eve and start the new year safely, happily and full of beans’ – literally ‘slide across well’.