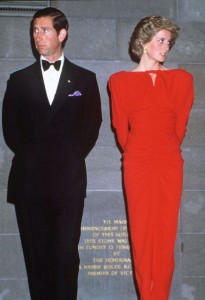 I recently watched the movie ‘Diana’.

In this movie they showed, again, parts of Princess Diana’s famous interview to the BBC after her separation from Prince Charles.

“There were three of us in this marriage” she said.

I was struck by the power of this simple statement.

I was wondering whether Diana was aware of the systemic implication when she said this.

If only Charles and Diana would have come to me for a Systemic Constellation session!

You see, when in a marriage where one partner is longing for a previous love that is unresolved, that marriage can’t work.

He or she can’t be fully present in a subsequent relationship, no matter how much they try.

A love that is not resolved, stays. No amount of external pressure can change this.

No amount of effort by the new partner can change this.

Everybody suffers – including the children.

Often, one of them unconsciously tries to replace that lost love in the hope to re-establish balance.

This, of course, doesn’t work and has a ripple effect throughout subsequent generations.

Again, a family saga – good fodder for an epic novel, but not really life affirming.

I see this over and over in my work.

The good news is, however, it can be healed.

One way is to bring it out into the open and resolve it, as was the case in the story of Diana, Charles and Camilla.

However, that’s not always possible. Members of subsequent generations feel the effects limiting their life quality.

In such cases, Systemic or Family Constellations can help.

A balance can be re-established with this process through acknowledging what was.

So, if you feel something is not quite right in your life, however hard you try, it might be such a systemic issue.

You see when your emotions don’t make sense, this often points towards a systemic imbalance.

If this is the case, you may want to try out a Systemic Constellation session to help heal this dynamic so it doesn’t get repeated over future generations.