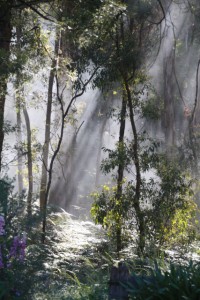 It became and epidemic in the 20th century, and has become worse in the 21st.

I can imagine that we are all feeling it to some degree, at some time in our lives.

Nothing bad. It just depends what we do with it.

We are human beings that have been given the gift of consciousness.

We are not animals that live purely out of instinct.

When our predecessors left that domain, our race lost that comfort.

There was more to us – and life had to be given meaning.

People started looking up into the sky, and down into the earth.

Explored what was around us – and inside us.

Philosophies and religions were created – some life affirming, some not so.

They were transmitted from one generation to the next throughout the ages.

Then – people started questioning the correctness of values and beliefs that were passed on from their predecessors.

You see, philosophies, religions and theories are not the real thing.

They can be compared to a map.

But the map isn’t the same as the territory

Yes, it gives some security – but what about if it doesn’t match reality?

Like a borrowed coat – tight under the arms, doesn’t let us spread our wings?

We can throw it off – but now what.

What do we do with all this space we have created for ourselves?

Back to my mother’s wise words all these years ago:

“You have to give your life your own meaning”

So, here’s an opportunity: We can give our life our own meaning.

A big responsibility, too.

Are you up for it?

I suggest that you take a moment and ask yourself the question: “What gives my life meaning?”

Inquire until you’ve made it your own – can fully stand behind the meaning you have given your life.

Things will flow easier. It’s like having an intention, a vision or a goal – but deeper.

Please share with me, what your meaning is and how you found it.

If you have difficulties in getting out of the void and finding a meaning that feels right for you, I’m here to help.

The OCEAN process works well for such tricky issues.